When I was invited to Moshe's Bandra for a new menu tasting by Food Bloggers Association of India, I didn't think twice before accepting. The distance notwithstanding, Moshe's is all about comfort food and I could have done with a bit of both (comfort and food, that is).

Tucked away on the first floor next to Holy Family Hospital, the restaurant's location pales in comparison to the more prominent Mamagato downstairs. The space is large enough though, once you enter, with wall-to-ceiling picture windows allowing light to flood into the restaurant. The air conditioning alternated between freezing us and allowing us to stew for a while but that could be a one-off day.

The afternoon started on a refreshing note with a Melon-izer, a wine based cocktail chased with chilled watermelon juice. The drink was delicious but bordered on being a virgin version. This was complemented by a Hummus platter, the perfect way to kick off the lunch. Over chatter and clicking cameras, we dug into the three types of hummus presented to us. My favourite was the beetroot hummus, visually attractive as it was, the taste was delicious as well. The cream cheese and sun-dried tomatoes hummus hit the right notes but was very similar to the original version. My least favourite was the broccoli hummus, a vivid green in color but it lacked any distinct flavor.

The Signature Harissa Chicken Skewers hit the right notes if you like a little spice in your life and your food. The juicy boneless chicken was slathered with a North African marinade with hints of red chilli (ok, more than a hint), cumin, ginger and vinegar. A dash of lime brought out the flavours of the marinade and stepped up the dish a notch.

A half an hour wait was followed by the Pear and Rocket Leaves Salad. Drizzled with honey-mustard and orange dressing, the walnuts added a crunch to the salad. The salad leaves were fresh and the worked well with the rest of the ingredients. My only grouse was the overpowering sweetness of the dressing. I missed the kick of mustard or the tang of orange, the only flavor I could decipher was honey. The addition of goat's cheese or feta cheese would have worked well to add saltiness to cut through the uni-dimensional flavors.

The mushroom soup was delicious and what I would suggest you go have on a chilly winter evening (Ok, that is a rarity in Mumbai) or when you're feeling under the weather. The soup used portobello, porcini as well as button mushrooms. Chives were added to give it a crunch. Many on our tasting table were of the opinion that the chives were not required and perhaps too much in abundance. But I enjoyed the bite amongst spoonfuls of the hearty soup. 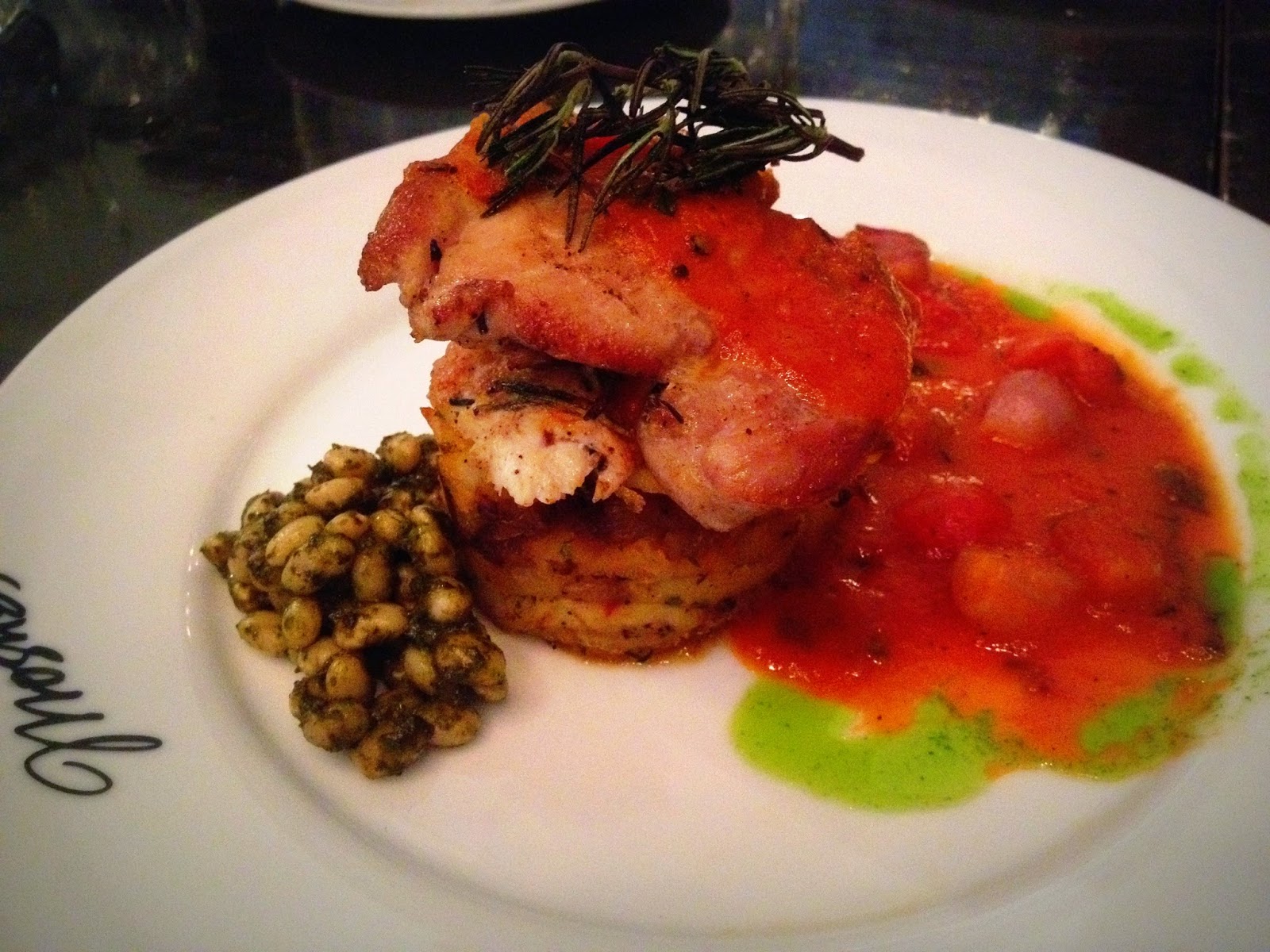 For mains, we were served the Brick Chicken served with pesto white beans and a tomato sauce. The chef explained that the chicken is cooked with a brick on top, in an effort to trap the moisture in and keep it succulent. I found mine juicy though many co-diners felt their chicken was too dry. The accompanying sauce though, tasted of tomato puree and as if it came out of a can. The star of the dish was the slow-baked potatoes stilts that the chicken sat atop. The potatoes were perfectly seasoned and delicious. 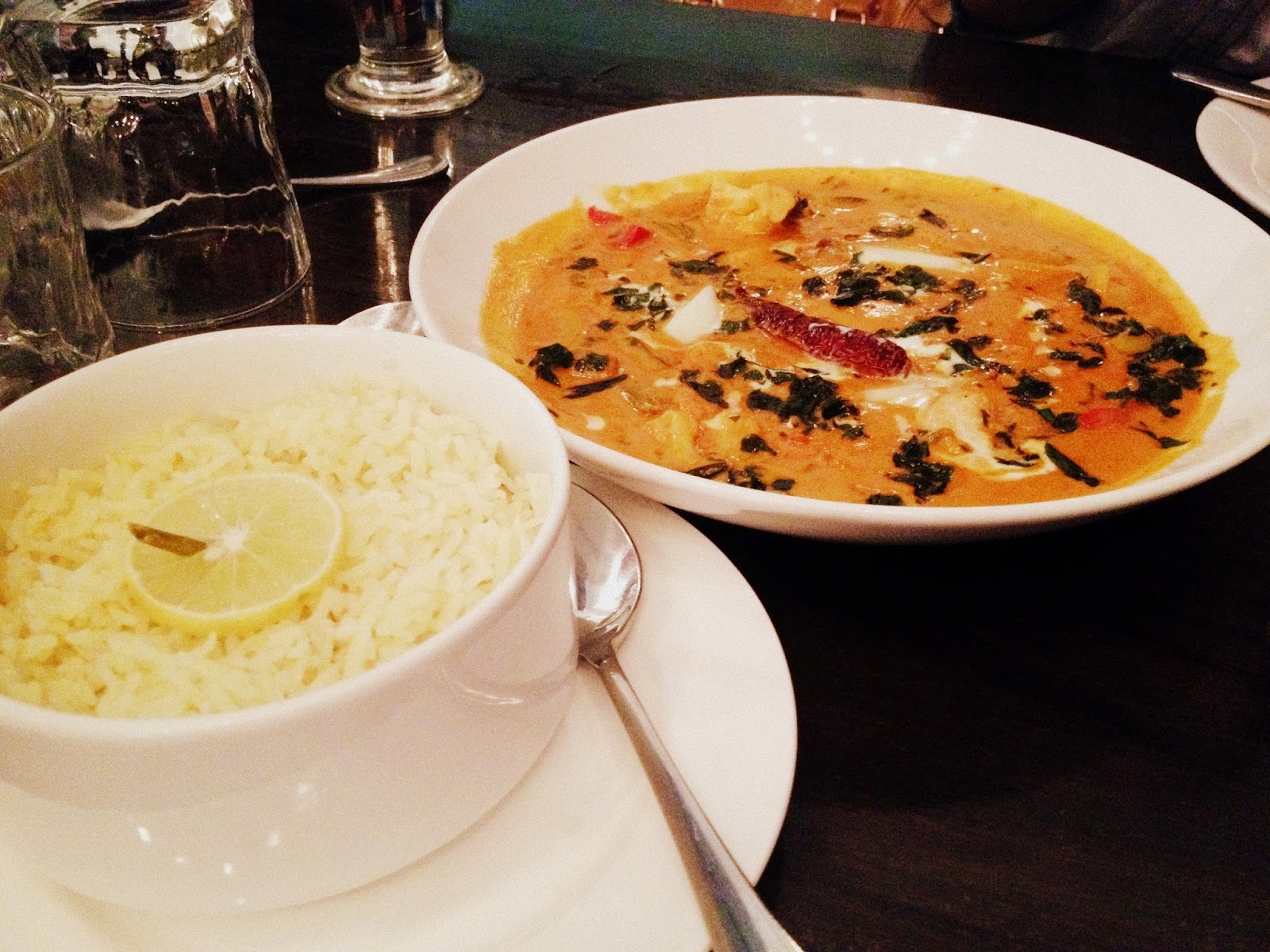 We also had a taste of the vegetarian Malaysian Curry served with steamed rice. I am a huge fan of Malaysian Curry and unfortunately, this did not cut it for me. There was no distinct flavour in the dish, unlike what the original is popular for.


Even though the clock was hitting 4 pm (time taken between courses was averaging 30-40 minutes), I couldn't leave before tasting the desserts that Moshe's is well-known for. We were served a sliver of a Chocolate Fudgy Cake with vanilla ice cream on the side. The cake was dense and decadent, a must for chocolate lovers. 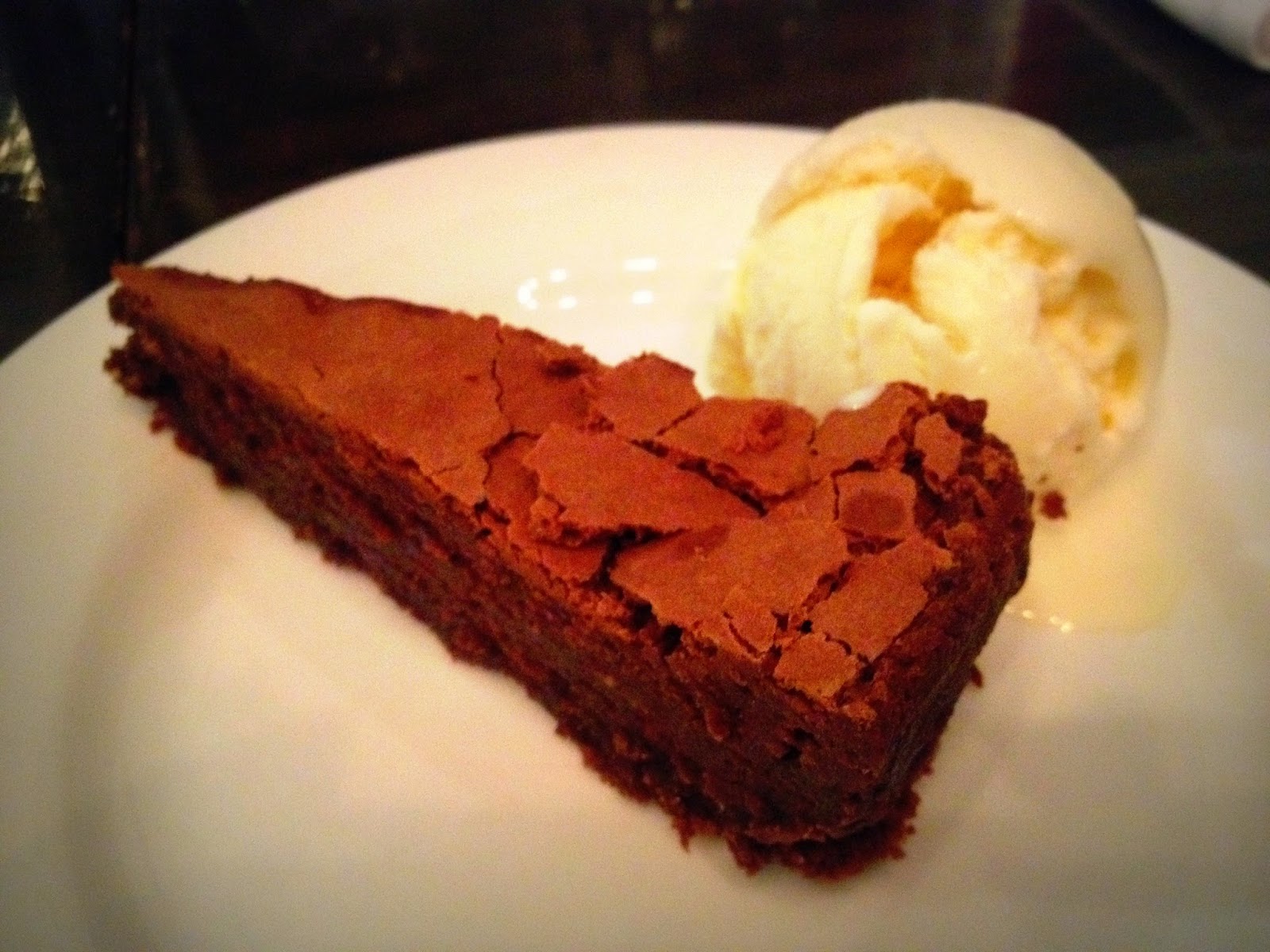 The new menu is available in both the Moshe Restaurants (Bandra and Cuffe Parade). An afternoon of meeting new like-minded people, great food and attentive service (would have liked the food served faster though), was an afternoon well spent.