A parent’s worst nightmare is not being able to shield their child from something terrible happening. When a toddler learns how to take his first few steps, the mother instinctively lunges forward to cushion his fall. A father teaching his daughter how to ride a bicycle walks half a step behind letting her feel independent enough and yet not be too far so as to be able to catch her when she heads for the trees. Perhaps the most difficult thing for a parent is to let go. To not be there with their child 24/7 protecting her from the trials and tribulations of life.

But the horror and pain that Nirbhaya’s and countless other parents felt is nothing short of unimaginable. The only thing worse than going through something as horrific is that is the knowledge that your child did. But if we fear and hide ourselves at home, we let the perpetrators win. The laughable sentences do no justice to the nature of the crime. Besides raising our voices to change the laws, what else can we do, you ask?

The answer lies at home. We hold the power of raising and moulding the thoughts of the children we raise. Here is what you can do.

Teach you son:
1) That women are to be respected and honoured.
2) Display affection and respect at home with your spouse. Your son sees the relationship between his parents as benchmarks for how an ideal relationship should be.
3) Teach him that chivalry is never dead. As he grows older, tell him that women will always adore a man who treats them like a princess
4) Never make fun of the judicial system. He must know that there are consequences for every action.
5) That his friends, girls and boys alike, are welcome in his home and on your dining table.
6) That defending a woman’s honour or helping a fellow human is the greatest act of bravery one can do.
7) That women and men are equal. Help your wife in the household work and respect her opinions so that he models the same.
8) As he grows up that love is a long lasting commitment but the true objective of love is to serve and seek her best interests.
9) That gender stereotypes are backward and redundant. If a mother routinely cleans up her son’s room and picks up his plate after he eats, she is unconsciously telling him that it’s what women are supposed to do, serve men.
10) Don’t trivialise harassment, aggression or abuse – verbal or non verbal.

Teach your daughter:
1) Martial arts. Self defence can give a woman those precious few seconds to raise an alarm.
2) That she can come to you and talk about anything under the sun without you judging her.
3) That the wrongdoings of a handful of monsters doesn’t mean that the rest of mankind is unworthy. Tell her that there are wonderful men out there too.
4) Respect her individuality and treat her like an adult when she is in her teens. Rebellion can lead to terrible mistakes.
5) Be open minded and let her feel comfortable enough to bring her friends of both genders home. She should never feel that she needs to hide from you.
6) Presence of mind. Teach her to be calm in moments of crisis and not to panic. If she can think on her feet, it’s a great gift you have given her.
7) That men and women are equal. Model this behaviour at home and never let her feel that men are superior to women or that different standards apply to them.
8) To embrace her assertiveness. Teach her that she has the power to say no.
9) Give her enough confidence that she doesn’t feel the need to bend to peer pressure or to conform to any perceived ‘acceptable’ social behaviour.
10) That her choices in life are limitless. That she really can become anything she wants to in life..and that you will support her choices.

Casting blooper of '50 Shades of Grey'

Highly disapprove and disagree with the casting of Christian Grey for the movies on 50 Shades of Grey. Does this guy below really remind you of the drop dead gorgeous Grey who makes women weak in their knees just by his presence? Casting blooper. This Anastasia Steel is way too pretty and Christian Grey not bad boy enough. 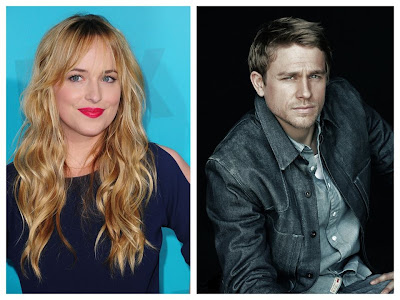 If they had listened to E.L. James, Ian Somerhalder below would have and should have got the part!! Now come on....just look at him! 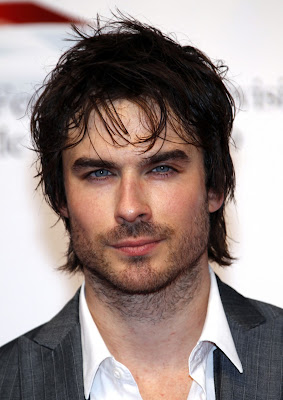 10 Things You Must Do Today 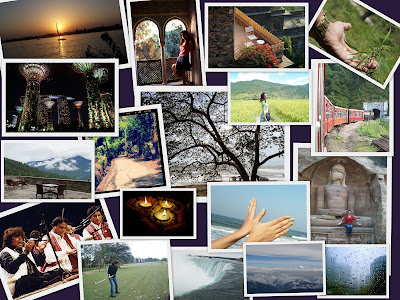 Have you ever lived a day as if it may have been your last? Everyone should have a list of Top 10 Things They Must Do NOW (and not wait for a sunnier tomorrow). My latest article on Rediff is a mere suggestion of what your own personal list could look like.

My search for the best gourmet burger in Delhi had me looking high and low. Read about the winners and the Must Haves here. 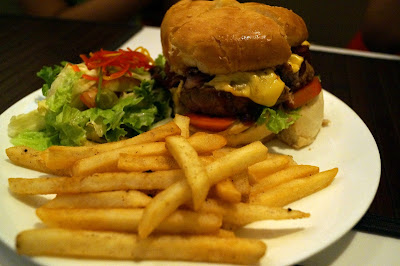