I think one of the most attractive qualities in a man is a witty sense of humor. Tony Stark wins right there. And ofcourse it does help that he is a billionaire, looks pretty damn good for 48 and is super intelligent too. Iron Man is one of the most well characterized superheros and I just can not get enough of him (of watching him, I mean :)). 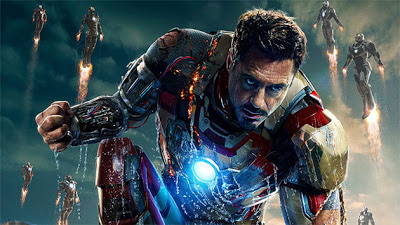 Like all superhero movies, there is a superhero, he has a girlfriend and there is a villain. Everything is perfect in la la land until some catastrophe occurs and superhero takes it upon himself to stop the villain. So, that's the gist of the story for you. But you don't go to watch superhero films for unique story lines do you?

Robert Downey Jr. is a riot. His witty comebacks have the audience in splits and his subtle humor is most appealing. What makes him more humane in the film is his realization that Pepper (Paltrow who is ofcourse super hot) is the best thing that happened to him. But thankfully he doesn't turn into a mushy slob. He fights with panache, wears his ego on his shoulder and charms everyone around including his robo suits! 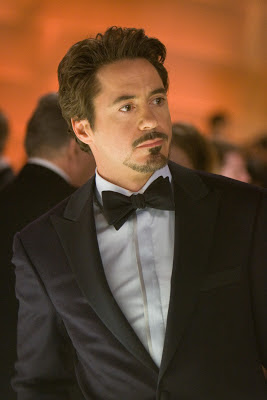 It is especially refreshing to see references of the last movie (Avengers) in this one. Usually when it is a series like Batman, they don't bother making it feel like a part of a larger string.

The film runs for a good 2.5 hours but it doesn't stretch in any bit. It is fun, action packed and a complete entertainer.

Watch the film. A late night show, if your work schedule doesn't allow otherwise. It is full paisa wasool.

Rating: 4 on 5
Paisa Wasool Moment: When he calls for his suit to save Pepper...softie that he is!!

Note: Iron Man 3 has an extraordinary number of hidden messages and nuggets. If you're curious, read them here.
at May 07, 2013

Loved your “Paisa Wasool” moment thing.. Mine was the scene that came a good 15 mins after the movie was over.. After the end credits had finished rolling.. The meet between Tony Stark and Bruce Banner (Hulk).. Awesome..

P.S. – No one on this planet could have played Tony Stark better than Robert Downey Jr.. The man Rocks..

He does, doesn't he?! Since I saw it, I've been reading that I should have stayed back post credits. Damn...that's what you get for making it a point never to read reviews before seeing a film!