The Impact of Social Media

A marketing professional myself, I have often posed the question to agencies on how one can measure the impact of social media. Companies worldwide have jumped on the social media bandwagon because not being there was more detrimental to their image than being there was beneficial. Many agencies have come up with parameters to judge the effectiveness of social media like brand recall, prospect involvement index, click thrus etc. Yet, conversions are not one of social media's selling point.

A week or so back, Facebook was flooded with a viral of a little 6 year old boy who went missing from Mumbai. I along with many of my contacts spread the message but frankly I doubted in my heart whether something as elitist as Facebook would help find a little kidnapped boy in the interiors of India. Yet, 10 days after he went missing, he was found in UP and his kidnappers identified and held in custody. This, my friends, is the best usage of Social Media I have ever seen. Conversion at its best! Thank god Mark came up with the idea of Facebook when he did if it can help us curb such attrocities in the world. Below is the story: 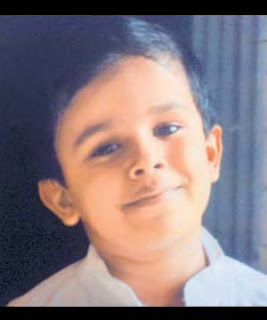 Six year old Karnit Shah’s parents were overjoyed, when their son was found after he went missing for more than 10 days. Karnit went missing from Mumbai, in the state of Maharashtra and was later traced in the state of Uttar Pradesh in India by the police. So far four people have been taken in to custody for kidnapping Karnit. Devang Mehta, Karnit’s uncle had turned into citizen journalist to find the missing boy. Mehta took the help of the social media and the police to reach out to people so that the word could be spread. The main accused in the abduction case is recognized as Sohan Singh, who has a cake shop in Mumbai in Kandivali area, which is close to Karnit’s residence. A team of police officials has already left for Lucknow to get back Karnit home. The six year old boy went missing on 6th April, when he was playing along with his friends in the building compound. A photograph was uploaded on Facebook on 9th April, by Devang Mehta, which said that he was wearing an orange t-shirt and a blue three-forth pants. After Karnit went missing, the child’s parents did not receive any ransom calls. The message on Facebook was immediately spread, which helped find Karnit.
at April 22, 2011

So good to hear a happy ending to such a scary story. If not by someone recognizing a missing child, just the social pressure on the system...police, govt, etc can help put things in a faster gear. N that itself is worth the few secs it takes us to help spread the msg.

we might feature this blogpost in Monday's Around the blog in DNA. Is that ok? let me know shakti dot dna at gmail dot com

Sure Shakti. Will email you regarding the same.