The Deathly Hallows doesn't live up to it!!

I've been avoiding writing this review. It seems like a sort of a betrayal. To an era of loyalty and of pure reverence of the wizarding world. So I take a deep breath and here I go, hoping now that the ministry has fallen, they dont send me off to Azkaban as a traitor. 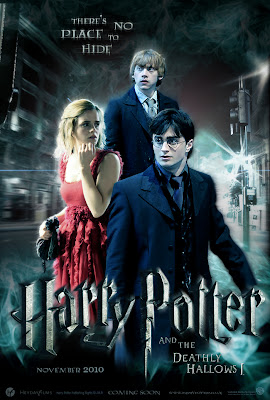 Potter films are expected with a fevered anticipation perhaps never seen before. With each book, the mania for this magical beautiful world increased and made the producers, actors and ofcourse Rowling very rich people!! But it was justified as each book outdid the earlier one with the grand finale spiralling into a lovely piece of work which tied up the entire series together closing loops and ends that dint quite fit before making it the best book in the entire series in my opinion.
Unfortunately, the movie couldn't match up. I feel the same disappointment I felt when I saw Goblet of Fire. The book provides so much fodder and such a lovely base to characterize but the films just couldn't match up. They tried hard, I give them that, but they couldn't reach the pinnacle.

Perhaps because there was so much to tell, which the very thick book takes its time weaving, the film seemed to be edited in a manner that it was hacked and then stacked together. Scenes changed too fast, were not easy to comprehend and continuity seemed to break much too often.
I do believe that Draco is one character who has grown into his role and must be given his due adulation. No other character except for the 3 on their camping trip seem to be given much prominence in this film, though Dobby did get some minutes of well deserved prime time. And yes, I could really have done without that completely random scene in which Harry and Hermoine start dancing together in their tent right after Ron has left, seemingly to celebrate their freedom from him at last!!! 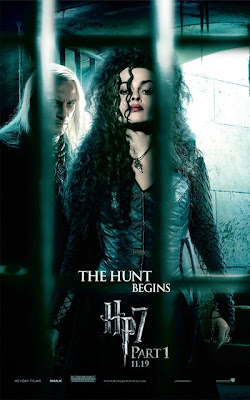 All in all, if you've read the books, you would probably enjoy the film living out each scene and seeing it played out before your eyes for the last time but one. But if you are a fan of the films and havent read the books, I have a feeling you may leave that hall with a sense of frustration and need to google up how things fit in and who said what why. Watch it, but dont go with stars in your eyes.