Prince Of Persia - The sands of time reviewed 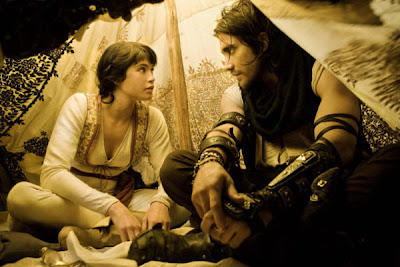 Prince of Persia, Sands of Time is a movie based on the legendary videogame in which an adventurous young prince teams up with a fiery princess to stop an angry ruler unleashing a sandstorm which could destroy the world. The young prince, Dastan is not of royal blood but adopted by the king after he demonstrated a rare act of courage and skill. The story is quite straightforward and doesn’t have too many sub-plots. But the characterisation done for each individual is crisp and real. Be it the wise King Sharaman who wants nothing more than his 3 sons to trust each other to Tus, a befitting heir. Ben Kingsley plays the role of King Sharaman’s brother and his particular character has many traits of our very own Shakuni from Mahabharat. 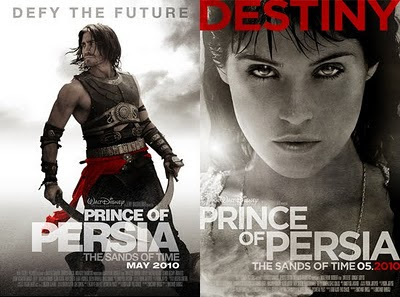 Prince Tus, the heir to the king decides to attack Alamut, a sacred and holy kingdom when he is misinformed of their efforts against his empire. When the kingdom falls, with it comes the beautiful Princess Tamina (Gemma Arterton) who is offered to Dastan as his wife. Tamina though only has her eyes on a sacred dagger that has come into Dastan’s hands which if misused can result in catastrophe. And what follows is in typical bollywood fashion – treachery, escape, fights, misunderstandings and finally love. And as Shahrukh Khan says – “In our films, everything becomes ok in the end”. Prince of Persia too goes the poetic justice way and all’s well that ends well. 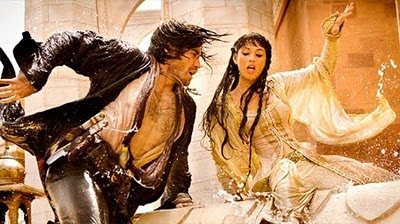 Why you should watch this film, besides the fact that Dastan is hot and rakish and Tamina fiery and stunning, is for the effects. See it in a hall, don’t bother with a DVD. No, it is nothing new, no you will not be sitting on the edge of your seat – but it is a well made and honest entertainer. Dont go there expecting to be enthralled, but go to be entertained. And you will.

Rating: 3.5 on 5
Paisa Wasool Moment: Tamina looks at the oncoming sandstorm and says, let’s run. Dastan smirks and replies “Trust a princess to think she can manage to outrun a sandstorm”!!
at June 02, 2010