Its now or never! 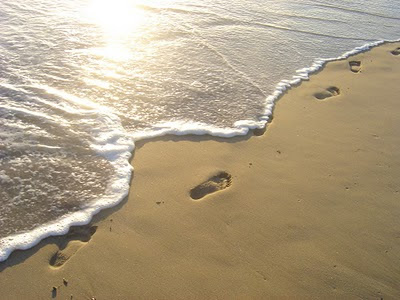 Of all the things that keep changing in our lives, I think the one constant that remains is fragility. Fragility of life, of lifestyle, of jobs, of relationships, of health and of wealth. One of my favourite uncles once said something. And he said this in a passing sort of way, not a grave tone where you want to hang on to every word of wisdom. This is someone who has seen a lot in life, who at the age of around 50, picked up his entire life and moved lock, stock and barrel to USA to be closer to his children. He had a lavish life here working in the Indian Railways, with bungalows and the works. He went and started from scratch and in 10 years built back his life by founding a construction company there. He reinvented himself, much like what management books tell us to do but we often ignore in the garb of complacency. He said “There is only one surety in life. And that is that you have no idea what it’s going to throw up on you the next second. Just when you think you have it figured out, it shows you how naïve you were to think so”.

Think about that. Simple words. Words, we’ve heard so many times that they almost seem philosophical now. But words that couldn’t have been more true. As one grows up (what everyone always urges one to do, don’t know what the hurry is though), one realizes that life can change in the blink of an eye. So what do you do? Seize control of it…lunge at it, even if it is almost fanatically. Swerve it your way. Whichever way that may be. Want to get back into reading? Pick up that book that’s gathering dust since ages! Feel guilty for not seeing your relatives? Plan an impromptu trip. Spending too much time at work? Pick up the phone and randomly call your wife/ husband/ boyfriend/ girlfriend for no specific agenda, but well – just. I’m not talking big life changing leaps here. Small steps, but steps that take you on the path you choose. So that atleast for a few moments, you get what you want, do what you want. Before life takes you by your ears and changes your lane again!!
at March 16, 2010

Amen to that.
Well said.

very true. happens every time!
if you can-do what you feel like doing-not caring about what strangers might think or closed ones might gossip over. Jiyo apni zindagi-and make sure those that matter know that they matter to you. life without them is just a pile of 'things'.