The enigma called Clooney - 'Up in the Air' reviewed

.
Directed by Jason Reitman of Juno fame and adapted from the book by Walter Kirn, ‘Up in the Air’ deals with a very interesting topic. And a topical one at that. The recession hit most of us and yet there were people and businesses that found opportunities in the crisis. George Clooney works for one such company. His job is to fly across the country and fire people. But as heartless as this may sound, he has built it into an art. When this new-girl-from-ivy-league joins his firm and suggests a way of overhauling the entire company’s work style, he takes her with him on a few trips to show her what it is that they really do. And this is the part that touches you. He could be mechanical in his job as this girl is and follow flow charts in his responses. Instead, he chooses to listen to people and counsel them. He does it so well that he convinces a majority of them that this is indeed a new beginning and not the end. 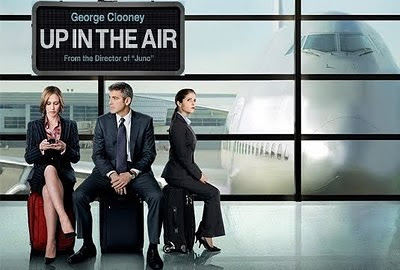 His hectic life doesn’t allow for strings to be attached and he plays the archtypical loner. With no family obligations and no girlfriend to ‘settle down with’, he loves his life and advocates everyone to let go of emotional baggage as well. 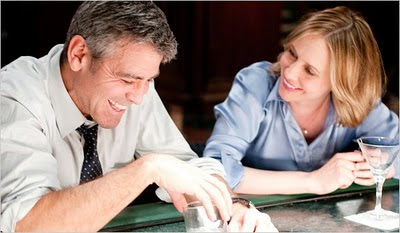 The movie is interesting as it throws up a perspective that is so relevant in today’s scenario and yet so fresh. Clooney not only makes us swoon (as he usually does) but also carries this film with elan (as he usually does). There are times one wants to shake him by his shoulders and there are some when you just want to protect him. He is ably supported by Vera Farmiga who plays his counterpart in a skirt and beats him at his own game of no-strings-attached.

The film is not only funny in its satire, it also transforms seamlessly into a thoughtful take on relationships and life. Watch it on a lazy Friday night.

fire in the forest said...

That's really humane as a person would really need councselling at such a moment.

hmm... was wondering what was up with all the award noms for this one. But looks like i should give it a watch over the weekend.