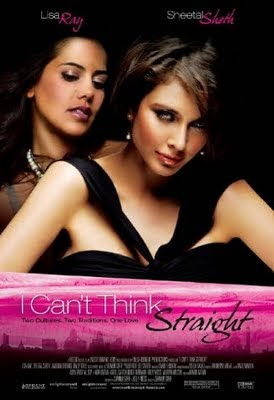 “I Can’t Think Straight” deals with an issue often taboo in most cultures and manages to deal with it without going over the top. Lesbians and Gays have been fighting for their rights and dignity for years now but still there are enough and more societies where they are proclaimed evil and it is treated like a disease or a phase that they are passing through.

It is neither. It is a choice that they choose to exercise. It is the way they have been born. Some people get attracted to thin people, some to tall and some to their own gender.

Unfortunately these views are not shared by most people I come across and it quite explains why it takes a lifetime for someone to come out of the closet. The film deals with 2 women, Lisa Ray who plays an independent fiery girl from Jordan and an Indian Muslim girl Laila. The story takes one through their realization that they are actually gay, their coming to terms with it and finally taking the decision that their happiness is theirs for the taking.

To be frank, most people would at the back of their head know that they are watching the film hoping to see the two hot women making out. But the beauty of the film is that it takes you along into their lives and makes an easy watch. The sensitivity with which the roles have been played out, make it equivalent to cinema like Bend it Like Beckham. Any of the two women could have been replaced with a man and the film would still be as impactful.

Both the leads give good performances. Not award winning but captivating enough. The one thing that struck me in the film is how the fiercely independent woman from Jordan is the one who is ready to live her life in denial as her society wont accept it while the more demure and shy one from India is the first to take a stand and come out clean.

All in all, a good DVD watch. Keep some popcorn handy.

Paisa Wasool Moment: In the credits, when Lisa’s mother tells her friend that Lisa is lesbian, the ignorant lady says “So what? Many of my best friends are Lebanese”!!!!
at September 29, 2009 1 comment:

"Wanted" Reviewed - Watch at your own risk.

.
Q) What does a certain hero do after he's had a flurry of flops and has reached the point where he doesnt care anymore?

Ans) He decides to go out and have a ball.

And thats what Salman Khan did. Let me guess how this happened. Prabhu Deva (yes the same crazy dancer we all love has turned director) and Salman are sitting over a couple of drinks one night where Salman is cribbing about how he's sick of movies and how he mostly sleep walks through them these days. Prabhu Deva in his drunken state, blurts out "Sallu, why dont I make a movie where you have all the fun you want....you can have as many weapons at your disposal as you wish....dance some random steps that people will later hate me for....say what it is that you want...diss your girl....and have some really funny dialogues to ensure you enjoy on the sets". "But Prabhu, what will you do for money"? "I have that figured out....we'll just get someone like Ayesha Takia to prance around, act dumb and pretend that you're god's gift to mankind"!! And the pact was made. Unfortunately, a pact that even Prabhu Deva couldnt get out of once he sobered up and realised what he had done.

And so, Wanted was born. 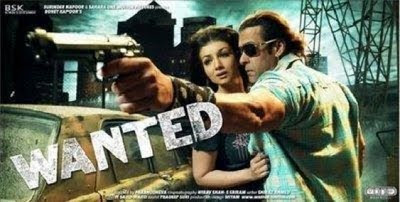 I mean, come ON. After something like Kaminey, you give me 'Wanted'?? Let me add as a disclaimer that I was dragged against my wishes to the hall to see this film. With all my logical judgement screaming for me not to. But I guess I had to see it to do this social service of telling the world about it.

So my advice? Dont go. Stay home. Watch TV, water the plants, take the dog for a walk. Just dont go watch this.

Why am I being so judgemental you ask? Well, remember the conversation Prabhu and Sallu had? They actually carried out their threat. The movie is an out and out Salman Khan film where he goes around killing whom he wants (he's a hitman who changes gangs for money). For the most part, he looks old, haggard, pudgy and a little too cocky. Give me the shy Salman from Maine Pyaar Kiya anyday....the one who innocently says corny dialogues like "Dosti ki hai...nibhani to padegi hi"!! Surprisingly, the only scene where I thought he looked hot was when he was fully clothed in a uniform but ofcourse he managed to rip off his shirt within 10 seconds of that.

My anger at the film also went up a couple of notches at the director's obsession with Salman and the complete ignoring of other actors. The movie has some great actors like Vinod Khanna who are so brilliantly wasted that future generations will never be able to guess what good performers they really are.

Ayesha Takia is the reason this movie is a commercial hit. She prances around, pouts when asked to and acts like she's the little dainty bird. Someone needs to give her a good shake and tell her to drop the act! Its a shame though, coz she really did some wonderful work in Dor. She has some help in the get-the-rickshaw-walas-to-the-hall-strategy with the gangster's girl who's only purpose was to wear tiny clothes and say things like "oohhh...I like him".

All of this you get a good dose of in the first half and if you're still awake, you will be highly tempted to walk out. Don't. Now that you have spent money and are watching it, stay for the 2nd half because that really is the saving grace.

The ONLY reason I liked the film was surprisingly the 2 villains. Mahesh Manjrekar plays the sleezy cop so well that you almost want to reach into the screen and slap him. Though the award goes to the big daddy hero - Prakash Raj (playing Gani Bhai). The National Award winner from South India has so much fun in the film that you cant help but have fun with him. His witty quips, dark humor and comic timing make him one of the best villains bollywood has seen in the recent past. If only for him, watch this film.

All in all, get a DVD, watch the first hour on mute for eye candy and skip to the 2nd half for Prakash Raj. Watch at your own risk.

Paisa Wasool Moment: When Gani bhai is being bashed up by the cops and he sudenly says "timeout, lets catch our breath". So both of them sit, catch their breath and then start fighting again!
at September 25, 2009 No comments:

Canada from the eyes of a Self Confessed Foodie 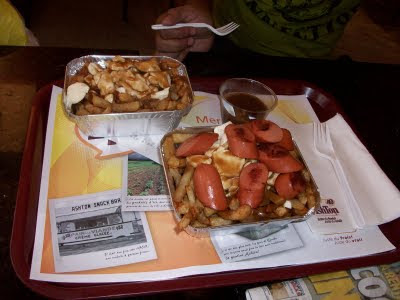 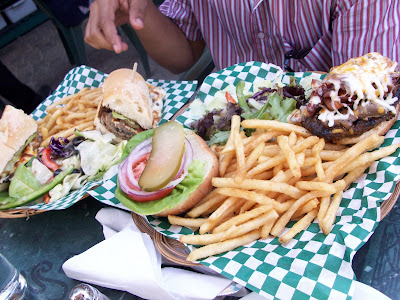 Burger and fries at Mont Tremblanc 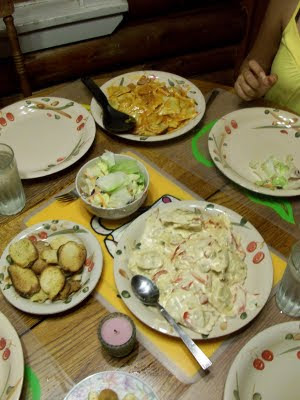 Pasta made by me at the cottage 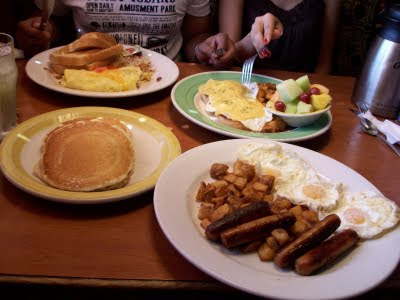 And this is just breakfast!! At Perkins in Ottawa 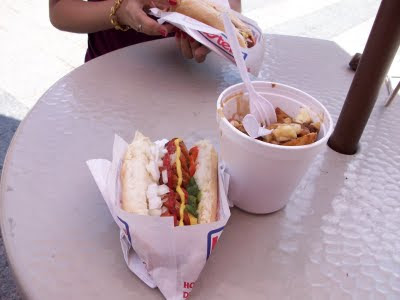 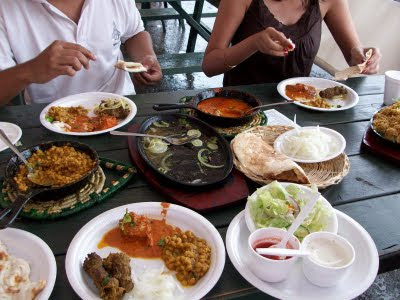 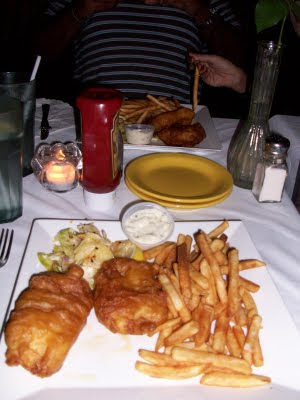 Fish and Chips at Niagra-On-The-Lake 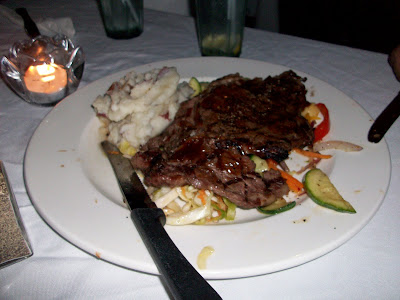 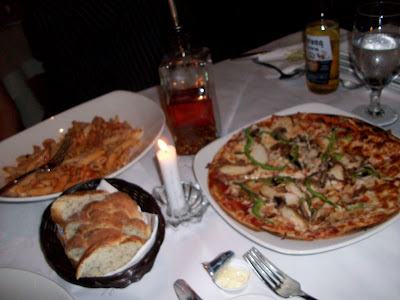 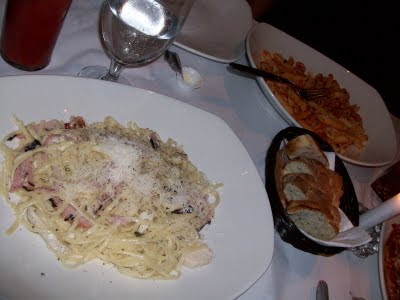 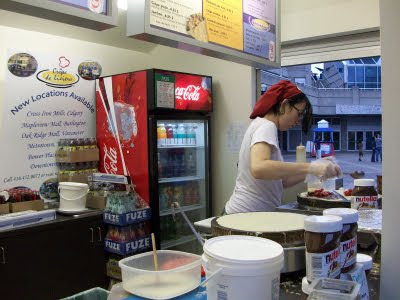 French Crepes being prepared in Toronto topped with Nutella, Strawberries and Banana 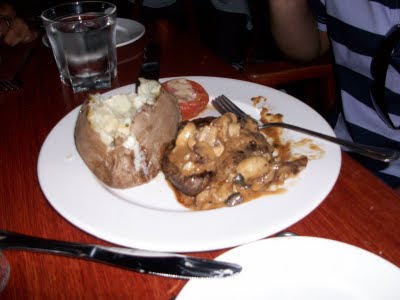 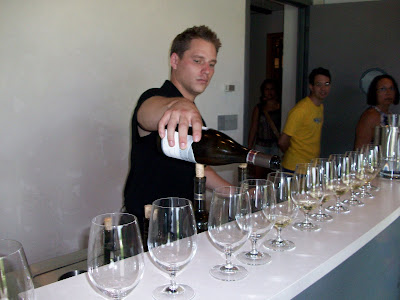 Wine tasting at the Vinyards at Niagara-on-the-Lake 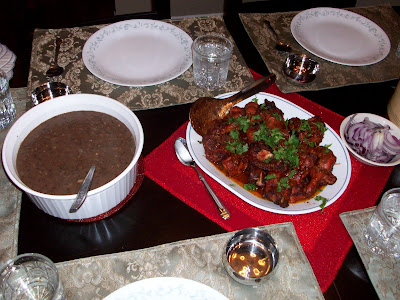 The best Tandoori Chicken and Daal Makhani I have ever had!! Cooked by D&R
at September 11, 2009 No comments: 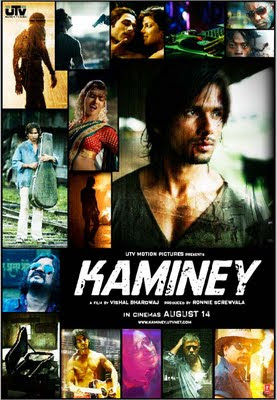 There are movies that are nice and sweet …like a lullaby. And there are movies which give you a good shake and ask you to hop onto the roller coaster. Kaminey would fall in the latter as would Johhny Gaddar. Not a national award winner, but an entertainer nevertheless.

Kaminey is the story of twin brothers (Shahid Kapur) who have a fall-out. Predictably, one is a gangster and the other works with an NGO on AIDS awareness etc. But this is where the predictability ends. The movie moves through a series of events that are connected in some bizarre way and if you don’t pay attention for five minutes, you may lose the plot. So you strap on your seat belt and race along with the characters, impatient to know where the next scene will take them.

The movie wins on two counts. As everyone is falling over themselves to tell you, it brings to India the Quentin Tarantino style of making movies. Racy, edgy, quick cuts. Hand-held cameras used for many scenes, the camera too close to the character’s face for your comfort, shot mainly in the night, with a lot of rain. It is not cutting edge but it sure cuts through the chase. The movie doesn’t proclaim itself to be a film about Mumbai Mafia, neither is it a thriller. It is a car whose breaks have failed and is swerving into the traffic with you hanging on to your seat. 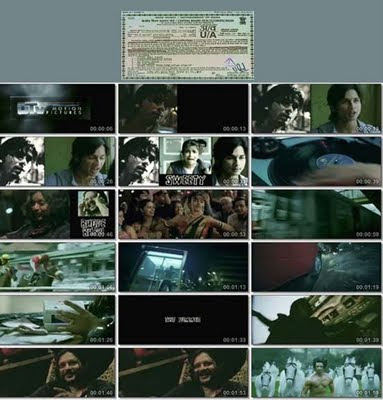 The second reason why the movie works is the brilliant characterization. There is barely anyone in the film who has not been given a certain character which makes him/her stand apart. Shahid does brilliantly. Sweet in some shots where you want to cuddle him like a teddy bear and rakish in some where he’s the bad guy your mother warned you about! Priyanka also plays her part well – the Marathi fireball, ready to take on the world for her love. But it is the gangsters who each help make this collage beautiful. Bhope Bhau – the crazy wannabe politician who can sell everything from his ideology to his sister, the Bengali brothers, who each look so non gangster like but often collapse into hysterics with a joke only they understand, Tashi – the suave gangster who deals with the Africans and doesn’t dirty his hands with Indian Mafia and my favorite – Mikhail (played by Chandan Roy Sanyal) who is forever doped, crazed out of his wits and treats Charlie (the Gangster Shahid) like his brother.

It isn’t an award winner, it may not even be a box office super duper hit, but Kaminey reminds you somewhat of the joker in Dark Knight…where you are repulsed by his face, you are intrigued by his antics and his dark humor and you just cant wait to get more.

Paisa Wasool Moment: Charlie singing Spiderman with Mikhail…only that Charlie has a lisp – he says ‘f’ for every ‘s’…so he jumps around singing ‘fpiderman…fpiderman…’