Singh is in the house!!

Songs that are fun to hum…characters who make you laugh…and the pyramids in the background! Singh is King may not be the blockbuster some of us envisioned it to be, but an entertainer it sure is. 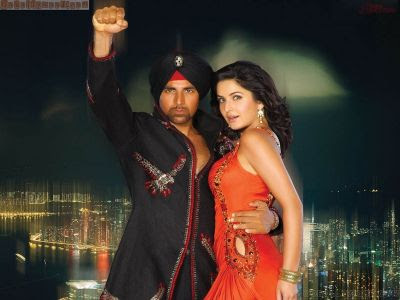 Akshay Kumar plays the role of a villager from Punjab who is sent to Australia to bring back Lucky, a fellow villager who has now become the king of all dons in Australia. In the middle of all this madness ofcourse, he somehow finds himself in Egypt (the locales justify the lack of logic) dancing with Katrina and eventually (predictably) brings out the goodness in the goon gang.

Why did I like the movie? Well, frankly I was getting tired of movies stereotyping Sikhs as silly side actors who were around for a laugh. Whatever this movie may not have been able to do, it surely succeeded in making Sikhs cool!!! Dude, imagine Snoop Dogg wearing a turban and rapping with Akshay…and not the Southall kind of rapping, truly good stuff!! It can’t get cooler than that! So when you have a turbaned Lucky doing crazy stunts on para-gliders and all, its not so funny no more!!

Besides this sudden burst of pride towards Sikhs, the movie had its funny moments with Akshay’s excellent comic timing and the funny man himself- Javed Jaffrey to boot. Katrina Kaif looked as gorgeous as ever. It’s amazing how we are perfectly ok with her inability to act or emote…because she is just so gorgeous isn’t she? Neha Dhupia surprisingly has a meatier role than Katrina and does a decent job in it. Ranveer and Om Puri both remain under-utilized but you can not have the spot light on everyone now can you?? So all in all, the movie was about Akshay Kumar ….showcasing him and his amazing screen presence.

Watch the film if you liked Namaste London. You’ll come out smiling for sure. Just don’t expect any national awards here.