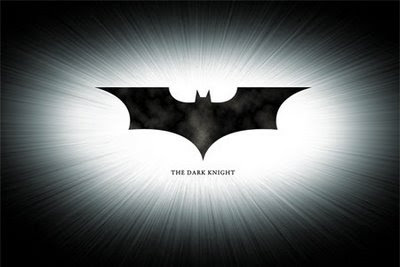 What happens when comic books don’t remain for kids anymore? They become cults! And that is what “The Dark Knight” has promised to make Batman into. No theatrics of animated characters like the Riddler. No perfectly painted faces. No fancy random gadgetry a la 007. Just pure superhero versus villain.

And what a villain. Before I went and saw the movie, I had already read reviews that raved about Heath Ledger’s performance and how he had immortalized himself. It all seemed like one of those “He’s gone so let’s just say something nice about him” sort of tales. And then I watched the movie. The man is so talented that he did not just immortalize himself, rather went ahead and immortalized the Joker. It wasn’t just his chalky make up or his brilliant lines “I won’t kill you coz you are just too much fun”. It was his persona, his being. He sent shivers down your spine, made you wish you didn’t leave the kids alone at home. He made batman look inept. And that is no mean feat.

Batman himself was alright. Nothing great, I especially failed to understand why his voice suddenly became raspy the second he donned his suit. But the effects were fab! Don’t miss the scene when the batmobile transforms into a super bike (sorry for the spoiler…couldn’t hold myself back). The girl was not really required, but then it’s a superhero movie, what did you expect?

Harvey Dent was another character played brilliantly. The make up in the second half left me cringing which was the point I guess!

All in all, I wouldn’t call myself an authority on Superhero flicks, but in my modest opinion, this one beats them all. The best superhero film ever made. 152 minutes that leave you wanting for more. The Dark Knight reigns supreme.

Brilliant superhero flick! Heath has been immortalized as the true joker now-what a dark, twisted role! I can see why Batman's voice becomes 'raspy' when he dons the suit-he can't afford to be recognized as Bruce Wayne-hence the deception.
N the girl had to be there too-she's the reason they show the transformation of Dent from the white to the dark knight-which obviously is a preview of the next Batman movie-they showed the beginning of the character of 'Two-Face'...
But excellent stunts, and graphics-just marvelous!